At this year’s annual national NCFIC conference, “The Highway of Holiness,” I had the great privilege of giving a message on J.C. Ryle’s classic book, “Holiness.”

If you know me well, you know that this book is on my very short “must read” list. Should you decide to invest the time to listen to my summary, I hope you find it very profitable.

If you are interested in the book, here are two great options:

I have been reading and enjoying Carlton McCleod’s new book, “The Playbook”. The premise of the book is that the Church has lost and must recapture its prophetic voice in the world. In our search for relevance, we have actually become irrelevant because we have both abandoned a bold declaration of the truth of God’s word and invalidated our words by our compromises with the world.

Pastor McCleod’s book is an unapologetic call for Christ’s Church to reclaim her rightful place as the pillar and ground of the truth.

Here is one of the nuggets of gold regarding family reformation:

“When an old rugged cross is planted in the middle of the family, it changes and conforms to God’s vision!”

There are many more. You can acquire the book at the link above. I heartily commend it to you.

I have been looking forward to reading Kevin Swanson’s new book “The Tattooed Jesus: What Would the Real Jesus Do with Pop Culture“. Thanks to the wonders of WiFi, it is now on my Kindle and I’m getting a running start.

This from the introduction:

“There is much material that address a Christian worldview, as contrasted with other prevalent worldviews of the day. But these are hardly useful to the masses, unless they connect the dots between the worldview and the cultural incarnations. Most people do not sit and study worldviews all day, but they will go to the movies and listen to Top 40 radio stations. Unless Christian families can properly see the connections between cultures and the worldviews they reflect, many more will be ‘spoiled by philosophies and vain deceit after the traditions of men.’ (Col. 2:5).”

Cultural incarnations of a worldview is an interesting and helpful way to think about things. In other words, wisdom is justified by her children (Matthew 11:19), but she isn’t the only one with children! Every philosophy that competes with the truth of God’s word has offspring as well, and we would do well to identify them so that we can be on a trajectory away from the world, not towards it.

Consider giving it a read yourself. Swanson is always great for stimulating thinking, and we will be the better for it.

A phenomenal quote from Chapter 3, “Knowing and Being Known”, of J.I. Packer’s classic, “Knowing God”:

“There is unspeakable comfort – the sort of comfort that energizes, be it said, not enervates – in knowing that God is constantly taking knowledge of me in love and watching over me for my good. There is tremendous relief in knowing that his love to me is utterly realistic, based at every point on prior knowledge of the worst about me, so that no discovery now can disillusion him about me, in the way I am so often disillusioned about myself, and quench his determination to bless me. There is, certainly, great cause for humility in the thought that he sees all the twisted things about me that my fellow humans do not see (and am I glad!), and that he sees more corruption in me than that which I see in myself (which, in all conscience, is enough). There is, however, equally great incentive to worship and love God in the thought that, for some unfathomable reason, he wants me as his friend, and desires to be my friend, and has given his Son to die for me in order to realize this purpose.”

Wow. Double wow. Because God is all-knowing, there can never be a discovery about any of His people that can disillusion Him and quench His determination to love us. He wants us as His friends, and He wants to be our Friend, and Jesus has laid down His life to bring us together with Him. Beautiful. 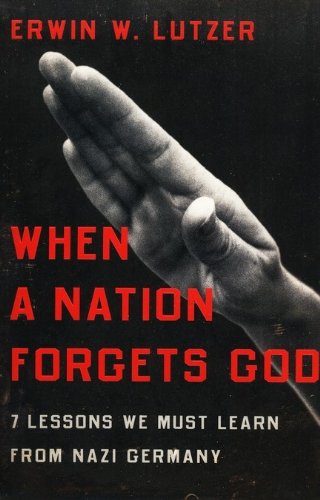